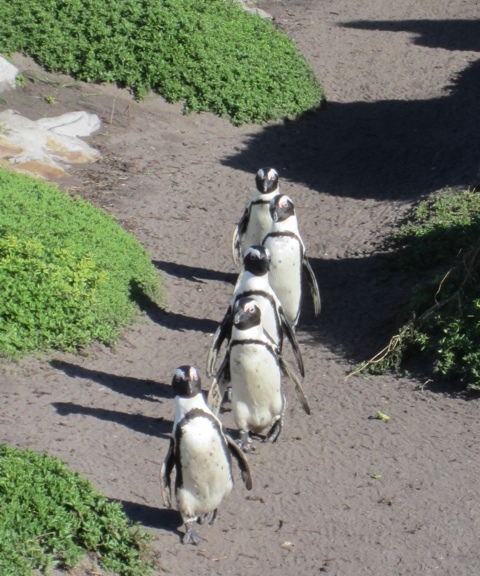 Our Sunday excursion to Hermanus was nice…we were so thankful for the return of sunny, warm skies. We drove along the coastal route on our way, first stopping for a photo op at Gordon’s Bay (a gruesome shark attack occurred here about three months ago…Kelsey & Kjersten can tell you all about it [from a 2-hour dinner conversation with their hosts]).

Next we went to Betty’s Bay, home of the Stony Point penguin colony. We saw a lot more penguins than we did at Simon’s Town, so it was a great experience (though more penguins = more stink). And, we learned that they are called “jackass” penguins due to the braying sound they make when they mate and mark their territory. However, most other kinds of penguins make the same sound, so they are usually called African penguins. 🙂

We also saw several dassies, which are cute, furry brown animals, kind of like big bunnies without the long ears. They look like the kind of animal you want to pick up and cuddle (though this describes pretty much all the animals these girls see!), but our guide, Marinda, said they often carry rabies and are “eagle food.” 😦 ,

On a side note…we learned a new term today: “bunny hugger” which basically is an animal lover (this describes our group well). Sometime I will have to post interesting terms for objects/phrases we’ve learned. Anyway, also at Stony Point, there was an old shipwreck in the bay…I thought it was pretty cool.

Next we motored on down the road and encountered some baboons. There was a small group of various sizes, including adorable babies and the big “king” baboon. Our guide told us how when the young adult males try to vie for the position of “king,” they sometimes grab baby baboons by the head and rip them apart to show their dominance. Sounds pretty nasty.

Then we drove a bit more to Hermanus, the best land-based whale-watching spot in the world. Well, this day the whales were kinda hard to spot…we saw some from a distance, but no spectacular sightings, I’m sorry to say. However, we may be tempted to tell a “fish tale” (yes, we know whales are not fish) about midwife whales coming alongside a mother in labor and helping push out the baby whale (which was then named “Concordia Pacific” in honor of our students from CU and Warner Pacific). 😉 Even the “whale crier of Hermanus” with his hooter (another term that makes us giggle, this time meaning horn), couldn’t help us much.

We enjoyed lunch and gelato together, the beautiful views, and the warm sun on our faces. We also drove to a mountain-top lookout for another great view. Basically, it was a day of a lot of great scenic views just asking for fun photos to be taken. I have included many here…hope you enjoy.

Back to the books Monday…half way done! 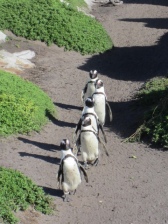 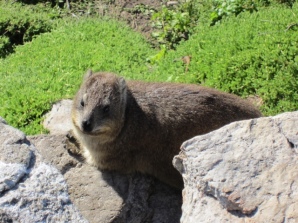 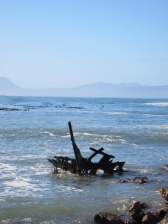 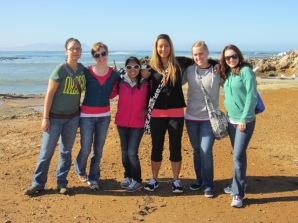 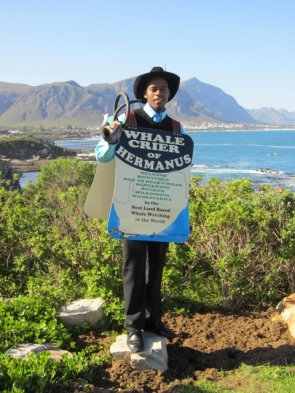