Well, good morning to you all! As I write this it is your Saturday afternoon and our (early) Sunday morning. Today’s itinerary is simple: Fly to Hefei, where we will meet Abigail in about 27 hours.

Yesterday was a very full – and a very cold (around 20 and very gusty in the morning) – day. But all went extremely well…pictures are below. We began in Tiananmen Square, which didn’t seem as large as I thought it would, given that it can hold 1,000,000 people. I was struck that the student protests of ‘89 were held right next to the tomb of General Mao (“The Great Man” as our guide said). The people we’ve talked to seem quite satisfied with their life, though, and perhaps just a little jealous that recent reforms toward an open market have created challenges. Our guide “Judy” mentioned that she has it much more difficult than her parents did because she has to “buy” her own “home” whereas the previous generation did not have to. “Buy” is in quotes because “buy” really equates to a lease that returns to the government after 70 years; the government owns all land. And finally, don’t confuse “home” with anything remotely close to a single-family dwelling. So far as I’ve seen, any such places would be extremely rare in this city.

Back to our day…

From the mausoleum we moved past the People’s Heroes Monument and toward the South Gate of the Forbidden City (called the Palace Museum by locals). This was a very interesting tour and I’m sure that I would have had wonderful commentary on all I saw if this were any regular trip. It is funny though, as I’m not really here to “tour” but rather to discover a much greater treasure than the sights I can see I felt a little detached from it all. My mind wasn’t all that engaged, I suppose, thinking of the next couple of days and how they will change the rest of our lives – all of us, Erin and Abigail, Jackson and me!

We then went to lunch at a famous restaurant in downtown Beijing (the name escapes me now – I’m not myself :^) and had their signature dish: Beijing Duck. Quite a process to make this dish and it yielded wonderful results (although I could go for a cheeseburger right now).

From there we went to outside the city and ended up at the Great Wall, where apparently, I became a real man by climbing the Wall (I even got a certificate that says “He is no man who doesn’t reach the Wall”). It amazes me, given the terrain, that this wall was ever constructed. The grades rival anything you’ve every walked up. But I suppose if you were worried about raiding parties from enemies, you’d do what you could to protect yourself.

For all those people who might be worried that we’re not being taken care of well (read: my mom :^) I can assure you that we are. The people who have coordinated our trip and the entire adoption process are wonderful. Our coordinator Li Na is a buoyant soul for sure; very quick to laugh and ever ready to help out. All the coordinators truly care about the babies that are to be adopted and they truly care about this strange group of Americans! All-in-all there are 33 couples here and all have different stories. It has been fun to meet them and learn where they’re from and what they do.

Today the group will split up considerably as all the couples will now fly to meet their children (one woman is adopting an 11-year-old boy!) in one of eight provinces. In about a week, we’ll all meet up again, though, and I know that will be an experience!

Erin, Reed and Mao, outside the Forbidden City

In front of The Gate of Heavenly Peace (we feel so peaceful!) 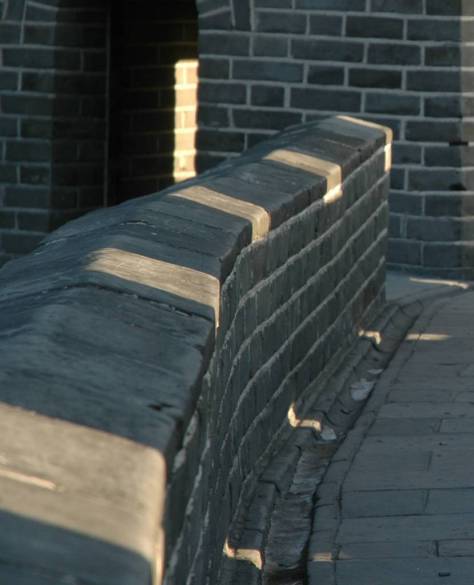 Shadows on the wall

Detail: Firepot inside the Forbidden City

Just for Jackson — wow a Dragon-Turtle!

Inside the Forbidden City

“Judy,” our guide for the day and a CHI coordinate (front right) and Li Na, who is our coordinator (back left). 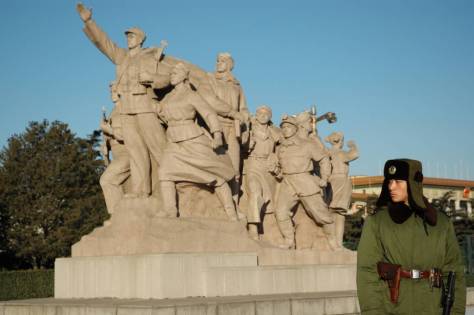 A monument outside General Mao’s tomb 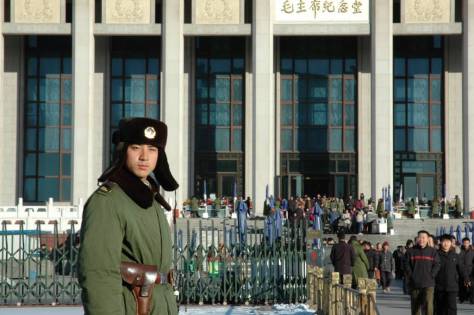 Erin at the “The Gate of Heavenly Peace” (Tiananmen)