A quick update while we wait to depart Paris…at least for now. 😉

We had our last breakfast on Rue Cler; croissants, coffees, and a hot chocolate for Abbie. Then we walked the very short distance to L’Hôtel national des Invalides where there is an Army Museum and Napoleon’s mighty tomb. It was another spectacular campus of buildings, and the kids seemed quite interested in the war history, especially that of WWI & WWII.

We strolled back to Rue Cler for lunch at the Chinese restaurant from yesterday. Then we went next door for delicious gelato and coffee. We should have time to grab one last crepe before taking the Metro to the bus to the airport. Then we should land in Dublin around 11:15pm, only to depart about 12 hours later.

We have been talking with the kids today about all we’ve done and what they’ve enjoyed the most. Abbie’s list of favorite destinations from first to last goes France, Ireland, Scotland, and England. Jackson’s and mine goes France, Ireland, England, and Scotland. Reed’s is Ireland, France, Scotland, and England. The kids both loved the Arc de Triomphe, Eiffel Tower, Blarney Castle, and Alnwick Castle. I need more time to reflect on all we’ve done before I can create my list. I think we have lots to keep talking about and lessons to learn from this time away together. It has been a gift! 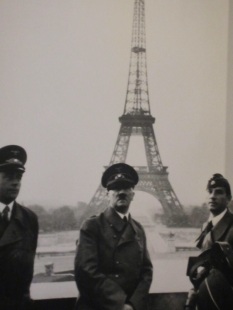 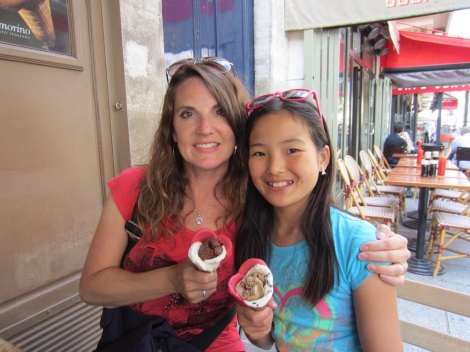