Tuesday was my birthday. Over the years, especially as a kid, I’ve celebrated my summer birthday on the road…mostly at the northern lakes in Minnesota or Wisconsin. Well, I guess this year tops those, being that I was in Dublin for the big day. My mom and dad left in the morning, and the skies were a bit misty, so it was kind of a dreary start. Thankfully, by day’s end, the sun appeared, my folks made it home, and we had a nice family time together celebrating.

Backing up a bit…I visited one of our students at her service placement site in the afternoon. Our host partner, the American Institute for Foreign Study, matched the students to volunteer placements based on their interests noted in their applications. Hannah, being a collegiate athlete (national women’s soccer champion and tournament MVP, in fact!), wanted to work with kids in a sports’ setting. So, she has been volunteering at kids’ camps at Surf Dock, a water sports’ school on the Grand Canal in Dublin. She has been having lots of fun in the water with the Irish kids, and I enjoyed seeing her in action. I took the bus to the canal but enjoyed a nice walk back as the sun had made its appearance by then. I got a couple of pictures of some favorite signs, along with a very decent latte, on my way home. I plan to visit the other students at their placement sites on Thursday.

Reed booked us a dinner reservation at Boxty, which is “totally Irish” and where they make interesting items out of potatoes, such as pancakes, dumplings, and cakes. It is located in Temple Bar, so we once again walked to our favorite little area along the Liffey. It was fun to try the different forms of spuds, along with a couple of new (to us) Irish beers. Jackson loved his ribs, and Abbie tried corned beef (not her favorite). The kids got me some gourmet chocolates and a cute “best mum” sign. 🙂 Reed got me a beautiful Celtic cross necklace…the perfect gift from Dublin. I’m a very lucky girl!

The rest of our evening was spent at our apartment, sampling chocolates and sipping whisky (for those of us 18+). Reed and I watched the 1991 Robin Hood Prince of Thieves classic. Why? Well, some of it was filmed at Alnwick Castle (we visited it last Thursday in northern England). The castle scenes were there, but they didn’t make up for the lame acting, bad accents, and awful mullet Kevin Costner wore. Gotta love the 90s. All in all, it was a very nice Irish birthday…I wonder where I’ll be next year? 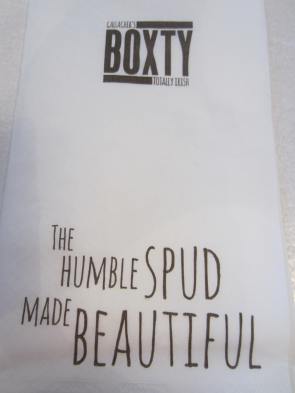 Jackson agreed to be in a photo for my birthday 🙂

10 thoughts on “An Irish Birthday”